From brewing to baking 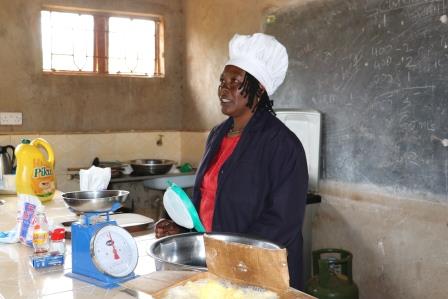 Susan Wanjiku has been recently trained in baking, a skill that she is using to make biscuits, cakes and buns that she sells in her neighbourhood. The training offered by the Kaa Sober programme is the last process of towards her full conversion from the illicit alcohol brewer that she has been for the last couple of decades.

Susan, aged 48, lives with her aged parents and her 32 year old daughter in Mwea Village, Mang’u Ward. She is the sole provider of the family, with the sick parents looking upon her for subsistence provision. She is well known in the village, with villagers attributing her to her old drinking habits and the new transformation.

She got a child at a minor age before she could complete school. She later got married but separated from her husband for reasons that she does not reveal. From that point she says that she sank into depression because she could not make ends meet. “I opted for the drink which was readily available in my ward,” she says “By then the Kaa Sober programme had not started.” It is at that point that she started taking the common illegal drinks called mung’are and chang’aa.

Her residence has been one of the largest producers of the brews in Central Kenya. The brews are sold in nearly all the homesteads in Mang’u, Gituamba, Chania and Githobokoni, the four wards in Gatundu North constituency. The few exceptions are the homes of the local leaders, religious leaders and ostensibly the highly religious. These homesteads have also been assisting in the Kaa Sober process since it was initiated. They are also transported to neighboring constituencies within Kiambu, Murang’a and Nairobi counties.

The process of making the illicit brews takes place in Chania and Karemenu Rivers. It involves mixing residues from pineapples (often used for feeding pigs), yeast, brown sugar, molasses and a little water and putting them in a metallic drum. Some brewers also add other ingredients that are noxious to a person’s health like formaldehyde typically called formalin, a medicinal product that is used in funeral homes to preserve bodies. The mixture is then allowed two days to ferment after which it is distilled through the coldness of the two rivers. The end product is pure alcohol. It is transported to the homes where it is diluted in water and sold at any time of the day or night to the residents. In some cases, the illicit alcohol is packaged in bottles from other alcohol brands and sold to unsuspecting patrons in bars.

Susan has been engaging in this kind of business for over a decade. She would seek employment in the her neighbourhood to take manual jobs, but she could not sustain them because she would either turn up late nursing a stupor, leave early to catch a drink or not turn up to work at all. She would also be employed in the brewing dens where she consumed the toxic drink until it deteriorated her health.

“My intestines had condensed, I could not eat any food,” she says, “I had become very thin, but yet I could not contain myself from drinking. She had become addicted. When Kaa Sober started feeding those being rehabilitated, she and a few others had to get medical attention from the County Government of Kiambu hospitals.

She was also delinquent to her family because she could sell anything she came across at home and use the money to buy the drink that cost her KShs 100 for a glass. “Sometime my mother would send me to buy a jug of milk, or soap, and that is the last time she would see me in that home for a couple of days,” she says, “she would have financed my drink sufficiently.” Susan was also unable to take care of her daughter’s education needs.

Her turning point came when Governor Waititu Babayao had visited the area and noted with deep concern the menace that had struck the constituency. “I have never seen a locality where illicit brews is like a staple food; people wake up to the chang’aa, spend the day on it and break the day in it,” the Governor says.

Governor Waititu banned brewing in the area and commenced a crackdown on all the dens. He then started the rehabilitation process that he named Kaa Sober. Susan and over 6,000 other people who were like her were absorbed into the programme. In the initial stages, they received mentorship and counselling sessions from professionals appointed by the Governor from the county departments. They were also fed and would be given an allowance at the end of the day. During the two weeks that they spent on the mentorship programme, the County Government of Kiambu was able to gather sufficient information about the production of the illicit brews, and this would aid in the crackdown.

Susan and her colleagues in Kaa Sober then started casual jobs in the county for a pay and were later funded into polytechnics with each of them taking a course of their choice. For three months she learnt baking skills that she gladly uses every day. “I attend functions and sell bread and buns that I have made,” she says, “when there are no functions to attend, I just make the buns and sell them to shops.”

Hitherto she has managed to purchase a few chicken that she is rearing at home and upon selling them in a month’s time, she plans to buy a goat. “I am passionate about farming and in the near future you will see me with many chicken and goats,” she says. The Kaa Sober programme by Governor Waititu Babayao is full of similar success stories. Over 6,000 households have been impacted with members becoming self-reliant and the proliferation of illicit brews in the county dwindling. The programme has gained national recognition with President Uhuru Kenyatta lately visiting the county to encourage the process on. The Governor estimates that by the end of his first term in office, Kiambu will be free from illicit alcohol and drugs. 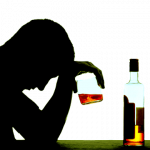 Rehabilitation of drunkards a noble idea 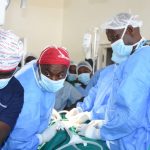