From scavenging in dustbins to homecooked meals; a covid 19 social impact story

We are picking food from dustbins nowadays,” these words echoed in Wangui’s mind when she remembered the news bulletin she had seen earlier on television. Street children and youth have resulted to scavenging for food in dustbins since most restaurants in Nairobi City had closed down due to the current Covid 19 pandemic.

Most of these street children get their daily meals from restaurants. The kind workers at these restaurants usually hand over the day’s leftovers to them. Now, with the closure of hotels due to the pandemic, these children found themselves with no place to get food. This was unsettling for Wangui, she knew she had to do something and act in her own way and capacity.

Wangui Rindi runs her own company called ‘Rindi Group’ which mostly deals with providing Social Economic Development to disadvantaged groups such as women, youth and persons with disabilities (PWD’s). The company does this through organization of forums in different communities/counties to help identify people in need and well-wishers who can assist them.

Her other work involves securing children with cerebral palsy with specialized wheelchairs. All these she does with the help of well-wishers. Hence, it was a no brainer when she decided to do what she does best which is mobilize people, friends and followers through social media to help these children. The feedback was positive and a good number of her friends and followers on social media reached out to her and provided the much needed assistance.

“I decided to focus my charity in Ruiru Town,” she tells me. This was prompted by the need to cut unnecessary costs such as travel,” she adds. Wangui was brought up in this same town called Ruiru where she is now giving back. She collects any donations and money sent to her by well-wishers (through Mpesa), buys food stuffs, cooks the food in her house and finally delivers the food to the children.

On the first day of the delivery, she was nervous and did not know how it would turn out. She did not know how the children would react. As it would happen with a stroke of luck, she met one young man whom she would latter learn is one of the leaders of the street children in Ruiru Town. Having explained her visit to him the young man managed to organize the street children in an orderly manner so that they would receive the food she had brought. The children were ecstatic, overjoyed but at the same time skeptical, as she notes. This is because they did not know for how long this young lady would bring them this much-needed food. Nonetheless, they were more than grateful.

Her attempt at taking pictures of the street children receiving their food did not go down well with most of them. They had seen this before, people taking pictures of them with the promise of help then disappearing in thin air. Hence why they were hesitant, they had become accustomed to it. What a delight it was then when the kids saw her the following day at the agreed time (five o’clock in the evening), carrying a basket-full of food; Their hope must have been restored. She would go on and do this every other week, spacing out the days so that the meals would last longer. This she has been doing since April this year to date.

Read also: Climate Oriented Partnerships Is The Way To Go

“Sadly, I currently do not have food,” she tells me, “with food lacking, I can not visit the children, I do not want to go empty handed and disappoint them.” This, she tells me is one of the challenges she faces. The other challenges are the expectations that these children harbor. “Some of them are very skillful, there are some who can knit clothes and weave hair,” she says, “but they are not able to get jobs due to their current status.”

It is apparent that these children need more than what Wangui is capable of providing. She tells me of one of them who was sick, “Maina complained of chest pains, he was not able to either eat or move much,” she says with a look of concern on her face. “The other children were able to take him to the local district hospital where he got treatment.”

Street children and youth are not charged when they receive treatment at government hospitals. The challenge lays with getting money to buy the prescribed medication. “I decided to chip in and buy the medicine for him,” Wangui tells me. “He is doing much better now,” she says with a hint of a smile. The children are much more hopeful, though a lot still needs to be done in order to assimilate them back to society.

They are more accommodating now that they formed a friendship with Wangui. “At times we have talks with them, and some of them share their challenges,” she tells me. She highly discourages giving the street children money, “they need rehabilitation first.” This should be a concerted effort between the government and the community. “So how long do you plan to continue doing this?” I probe. “As long as I can,” she responds. “Im still appealing for more donations from well-wishers,” she signs off with lots of hope. 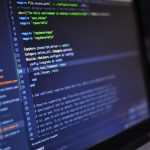 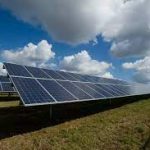