The recent reports that Kenya is using more than one billion shillings to construct a kilometer of road has not only raised eyebrows among many but has also left Kenyans wondering whether such projects are worth the investment cost. Although the roads are likely to ease traffic and enhance transport, the cost seems to be exorbitantly high with some arguing that this investment could be directed where the benefits are more.

The government thus needs to conduct an integrated investments analysis before commencing some of these projects. The analysis should not only look at the profits or financial implications but should further appraise the relationship of the project with the citizens and other stakeholders, risks and financing and the repercussions on the environment and future prospects. In looking at this integrated analysis, there should be investments assessments where the government ought to ensure that the benefits of the project to the wanjiku outweigh its cost. Wanjiku should also be willing to pay for the cost of that project from taxes. Further, the project should leave more Kenyans better off economically and none of them worse off.

A project like the 319 billion shillings SGR for example may take more than 40 years to repay, but its contribution to timely transportation of goods and services is likely to boost domestic and regional trade and the development of satellite towns at the SGR stopovers.

Any project undertaken by the government should put into consideration the growth versus equity objectives; it should not only contribute to the growth of the economy but should also consider fiscal mechanisms like taxes and subsidies and greatly improve the lives of all Kenyans in general.

Kenyans are keen on observing that the government gives them value for their taxes. Just like in any other business, a consumer wants to reap maximum benefits to any cost they incur. The government ought to consider importing cheaper technologies and introducing low-income but high-impact projects. 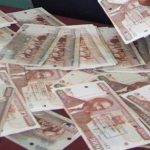 The Kenyan shilling should not be undervalued 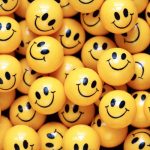