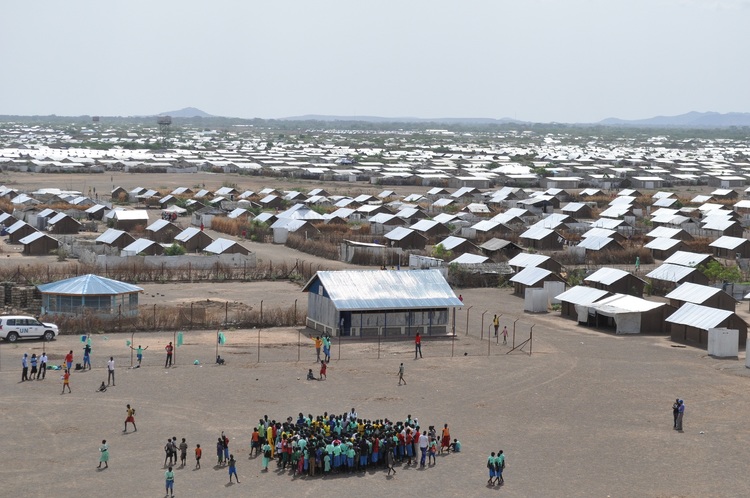 Thomas Nyabera is one the Business Development Executive at Iko Briq Company Limited, a client in the incubation programme of Kenya Climate Innovation Center (KCIC). The Nairobi-based company deals with the production of briquettes for industrial boilers and pellets for domestic cookstoves. It also trades in improvised domestic cookstoves that use the pellets and distributes modern cookstoves for use in voluminous cooking.

Iko Briq conducts demos of these modern energy efficient innovation in schools who have testified much savings in cash for fuel as well as time because the technology provides higher heat value. The sister company of Iko Briq called Thorn Power is also an official local distributor of European briquetting machine manufacturers like CF Nielsen of Denmark and RUF briquetting systems of Germany.

n this year’s World Refugee Day, Thomas went to Kakuma Refugee Camp to attempt making a difference in the energy sector using the modern innovation offered by Iko Briq. The 20-hour journey by road covers approximately 800 kilometers. It was his second time since he took a reconnaissance trip to identify the energy needs earlier this year. He spends a week at Kakuma Shopping Center but with daily visits to the refugee camp and the upcoming Kalobeyei Integrated Scheme.

“The energy need in Kakuma is massive,” he says. “Most of the people there use firewood which is pricey to get because a majority of the households do not conduct any reliable economic activities and cannot afford a bicycle-load of firewood.

“From what I realized, besides pastoralists and the tiny minority who own small businesses, a significant number of people are depending on the sale of firewood and charcoal for their livelihoods,” Thomas mentions.

“Because of the smoke emanating from the traditional cookstoves and the firewood, women and children are mostly exposed to and end up suffering from respiratory diseases. That is why as a company we decided to give them the option of cheaper green energy solutions.”

Iko Briq pellets are made from biomass. They have a higher heat value than other energy means used in Kakuma. Thomas reports that it takes less than five minutes to boil a litre of water. The pellets are also cheaper and last longer with one kilo being capable of boiling cereals for a household of five people in approximately one hour. “These pellets reduce Carbon emissions by up to 95%,” Thomas notes.

“A household can be sustained by less than two kilograms of these pellets. “Although we are penetrating the market steadily, we have been previously having challenge of lack of availability of affordable cookstoves that can use the biomass pellets, but we are now finding options of having these into the market.

“We shall provide these to households in Kakuma where they can pay for the cost of the cookstoves in installments as we continue providing the pellets to them to give them energy sustainability.”

The United Nations Human Rights Council reports that Kakuma Camp and Kalobeyei Integrated Settlement have a population of close to 200,000 registered refugees and asylum-seekers. The camp was established in 1992 following the arrival of the “Lost Boys of Sudan”. During that year, large groups of Ethiopian refugees fled their country. Somalia had also experienced high insecurity and civil strife causing people to flee. 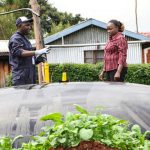 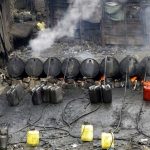 Fighting the alcohol curse in Kiambu